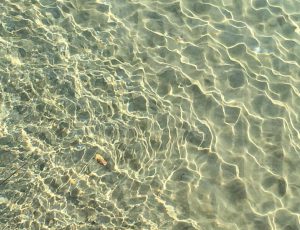 Continuing the exploration of echoes of ancient wisdom in the principles of SourcePoint. This time from the book “The Doctrine of Vibration: An Analysis of the Doctrines and Practices of Kashmiri Shivaism” by Mark S. C. Dyckowski. From Chapter 3, ‘The Universal Activity of Universal Consciousness.’

If you take the time to read this, notice how the words themselves carry the vibration they speak of. Immersing oneself in the vocabulary of the cosmic order indeed connects one to that cosmic order.

The author here is speaking of “Spanda.” Spanda, in Sanskrit, is a word that describes the inherent creative vibration of the Absolute, the Universal Energy, as it moves into and manifests as vibrant form. That vibration is present in every natural form, it whispers and breathes and pulses in the depths of our being. It is regarded as the source of life itself.

” The motion of absolute consciousness is a creative movement, a transition from an uncreated state of Being to the created state of Becoming. In this sense, Being is in a state of perpetual Becoming; it constantly phenomenalises into finite expression…. Thus, the universal character of Being is expressed in the radiant form of each phenomena. Rightly understood, Being and Becoming are the inner and outer faces of universal consciousness which becomes spontaneously manifest, through its inherent power, as this polarity…”

Let’s look at this from the SourcePoint perspective.

Reflect on the statement ..”Being is in a perpetual state of Becoming…” Not only becoming, but becoming ITSELF, that is, a natural finite expression of the inherent Order, Balance, Harmony and Flow. Holding the Diamond Points, connecting with the Diamond Points through our energy work practice or meditation,we are connecting with that creative moment, Being into Becoming, that moment of manifestation. As we dwell in that moment we are nourished, strengthened, supported. We are naturally brought into further alignment with that Order, Balance, Harmony and Flow that is our fundamental nature; the ground of our life, our health and our well-being.

We can say, to paraphrase and modify, that the universal character of Being is expressed in the radiant form of each of us. In each person who walks in the door asking for help. In each person we encounter each day. And in ourselves. We can say that each of us is the outer face of the universal consciousness, radiantly manifest. As we begin to know ourselves in that way, it changes… everything.