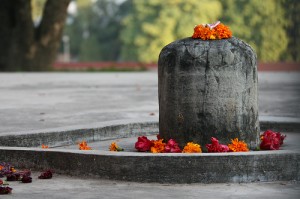 Often in bodywork and movement work and in many self-help books, the instruction to “be more fully in the body” is a common one. It will bring a greater health, and is often considered a sign of health, to “be in your body.” What we need, though, in order to follow this instruction effectively, is an exploration of what this body is. No one thinks of the body as something requiring definition.

In various esoteric traditions different names are given to the energy bodies healers and clairvoyants have perceived in relationship to the physical body. There’s the etheric, the astral, the causal, the light body, and so on. For our purposes we would simply say there many different aspects of the energy body, including what is usually called the physical body. It is all “the body.” It’s all you.

“The body” does not end with its apparent physical boundaries. The individual body merges into greater dimensions of the universal energy field. It can be useful to experience a boundary around oneself, but that should be experienced as a good 6 to 18 inches or more out from what is commonly called the physical body. The Diamond Points represent that boundary, that merging point.

So to be fully embodied does not mean that your consciousness is grounded only in the “physical body.” While people may sometimes experience being disconnected from the physical body, it is even more common for people to be stuck in their perception of the physical body as who they are, with no awareness of their larger energy body. Sometimes when people feel disconnected from the physical body, it simply means that for whatever reason, their consciousness is dwelling more in the larger energy body. To be fully in the body would be to be aware of and dwell in the full range of what the body is, all the aspects of its energy, not only the one we describe as physical. A great many of the issues around “being in the body” are created by the fundamental belief in the split between soul, mind, and body. It’s all body, it’s all mind, it’s all soul. How simple. How complicated.

The true practice of energy work requires a radical redefinition of self and body. As a practitioner, if you expand your perception of the body, then you will perceive those you work with as amazing, complex patterns of energy, and as you perceive that, you will communicate that information to their bodies through your work; that reminder to the physical body/mind currently caught in its learned perception of itself.

Your work will say to that body: This is what you are. This is your nature. You are energy.

Imagining the Mandala Realm The Space Between: Guided Audio Meditation Scroll to top