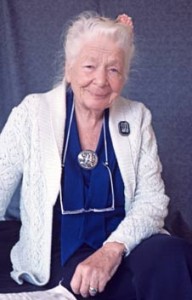 I’m reading “Rolfing and Physical Reality” by Ida Rolf. SourcePoint Therapy seems to resonate with Structural Integration practitioners and I am looking for points of resonance. One of them certainly is the emphasis on structure.

“”¦ Structure determines function.” Dr. Rolf became interested in this principle of osteopathy as a result of an injury she experienced and the subsequent osteopathic treatments she received. She says: “The basic law of Rolfing is that you add structure to the body. In so doing you are demanding a change in function.” From the SourcePoint perspective, structure is profoundly important. The energetic structures we work with are the direct manifestation of that fundamental Order, Balance, Harmony, and Flow necessary to give rise to and sustain life. It’s a basic principle of SourcePoint that as we work with these patterns and structures, as we connect with the information they carry, we facilitate the inherent health for the individual. In SourcePoint itself we aren’t working physically with the physical structure of the body. We are working with the energetic Blueprint that “in-formed” that body. We are working with, as Dr. Rolf herself called it, “the blueprint for structure.”

In this next quote, she’s talking about how you can’t, as a human being, ignore the force of gravity, or the fact that you are a physical body and not spirit only: “Well, a spirit is in charge of the situation, but not in the way many people think. The spirit is in charge to tell the individual that he can so organize his body that he is now in line with a supporting force.” SourcePoint Therapy is a system of energy medicine, but we know you have to take the material world and its forces into account. (And certainly gravity is one of the defining forces of the material world). Change isn’t going to occur at a “spirit” level alone. But there is “spirit” and, according to Dr. Rolf, it tells the individual how to organize his (or her) body. In other words, spirit contains the information of a greater order. This is really the perspective of SourcePoint. SourcePoint practices also bring that information of greater order, and they are meant to support modalities that address the realities of the physical body and the material world. When we connect with the information of the Blueprint we are connecting with the information of Order, Balance, Harmony, and Flow that re-organizes the body so it is in alignment with that Blueprint and can function better in the physical world. If we make a division between energy and matter, spirit and body, we are in trouble. If we forget spirit, we aren’t going to be as effective as practitioners. If we ignore the realities of the physical body and material world, we aren’t going to be as effective as practitioners.

I think Ida Rolf had an incredibly balanced view of the body and what is needed for its transformation. I think she saw body and energy as inseparable. And that’s the key to working with body and energy.

Finally, she said of Rolfing, “I don’t know why it works, I only know that it works. I invent all these explanatory rationalizations later on.”

I can relate to that 🙂